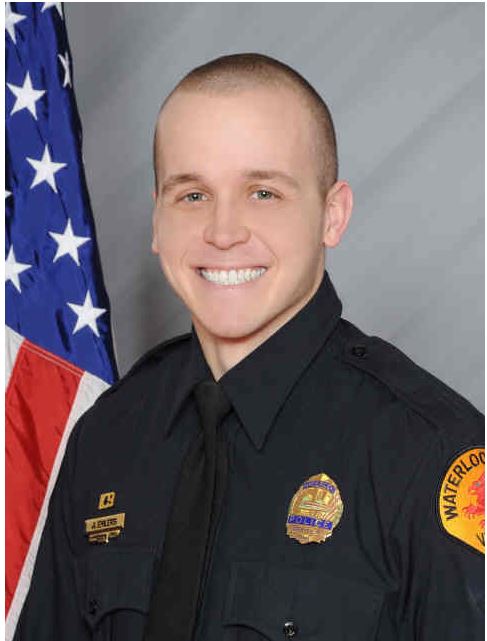 Officer Jordan Ehlers has been with the Waterloo Police Department since February 2016 and previously served with the La Porte City Police Department from 2012-2016. Officer Ehlers has worked in the Patrol Division on Watch II and Watch III and currently serves on the Violent Crime Apprehension Team (VCAT). Officer Ehlers takes a proactive approach to his position with the VCAT unit and excels in the areas of weapons investigations, narcotics investigations, and gang activity. In 2019 Officer Ehlers and the other members of the VCAT unit seized a record 82 illegally possessed firearms in Waterloo. Many of these firearms were determined to be stolen, used in a crime, or possessed by a prohibited person.

Officer Ehlers has also been a member of the K9 Unit since 2017 and carries out his duties with his K9 partner Axe. Axe is a certified dual purpose K9 in the areas of drug detection and patrol work. In 2018 Officer Ehlers was awarded the United States Police K9 Association “Narcotics Case of the Year.” Officer Ehlers and his K9 partner Axe located multiple pounds of methamphetamine during a drug investigation. K9 Axe was also awarded the United States Police K9 Association “Top Rookie Dog” and 2nd Place overall at the Detection Trials in 2019. In 2016 Officer Ehlers was awarded the “Life Saving Award” for his actions responding to a motor vehicle accident with an unresponsive driver.

In addition to his work on the street Officer Ehlers also serves as a department instructor in Standardized Field Sobriety Testing (SFST). He is a certified Field Training Officer (FTO) and an Operator on the department’s Tactical Team as well. Officer Ehlers is a graduate of Hawkeye Community College with a degree in Police Science and from the Iowa Law Enforcement Academy where he earned the top Physical Fitness Award for his class.

Since 1970 there have been 43 different officers honored as "Officer of the Year".  The remaining officers