On Tuesday September 13, 2022 at approximately 3:16 am, consolidated dispatch took a report of an assault that had taken place at 411 East  2nd Street in Waterloo.  The female victim reported that she had been an assaulted at the East 2nd street address by a male and she was now at fire station #1.  Patrol Officers arrived and while speaking with the victim, she advised them that there were dependent adults inside the residence and that the male suspect had access to a shotgun.  Patrol officers with the assistance of the BHC Sheriffs officer were able to remove the dependent adults outside and talk the male suspect, later identified at 42 yrs. old George Albert Hudson Jr., outside and detained. Patrol Officers and Detectives conducted a search of the residence and located a shotgun inside.  Hudson has been charged with Domestic Assault and Felon in Possession of a Firearm. 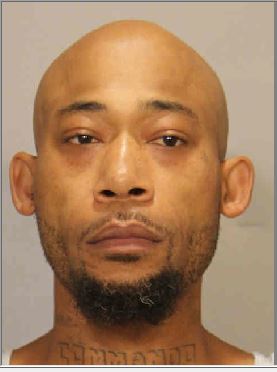