On August 26, 2020 Officers assigned to the Violent Crime Apprehension Team (VCAT) and the Waterloo Police Investigations Division executed a search warrant at 106 Hammond Ct. reference a weapons investigation. During the search Officers located a loaded Springfield 9mm semi-auto handgun which was determined to be stolen from a Waterloo burglary case in February 2020. Chad Lee, 18, of Waterloo, was taken into custody. Lee is prohibited from possessing firearms due to a previous felony weapons conviction dated 7/20/20.

Lee was also a gunshot victim from a shooting incident on August 2, 2020 that occurred in the 100 block of Argyle St. During that incident two subjects, including Lee, were wounded by gunfire. Police recovered dozens of shell casing from the scene. Once Lee was taken into custody on August 26, 2020 he was interviewed and it was determined that he had also fired shots during the Argyle incident. Lee admitted to firing shots from a 9mm handgun before he himself got shot. 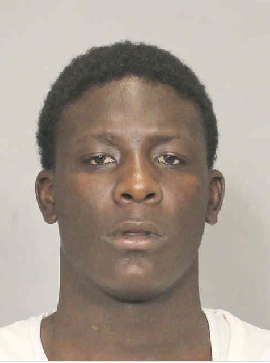